The ugly face of terror

For many danes, the question of terror changed after the events at 9/11 and the London and Madrid bombings to be "when it happens" instead of "if it happens". Unfortunately last night, we as Danes got our answer.

He fled the scene and unfortunately kept hidden, while the danish police force did a great job at clearing the streets of Copenhagen and chasing the man; he later showed up at a synagogue in Copenhagen, wounding two police officers and killing Dan Uzan, who kept watch over a jewish party.

Later at night, police officers spotted the perpetrator, who opened fire against the police officers from the danish Police special force. They returned the fire and killed him.

The past 30 hours have been quite hectic and the Police have conducted multiple searches of buildings in Copenhagen and so far arrested five people.

Hopefully this was the cowardly act of a lone wolf, who had already proven himself to be out of reach (He was affiliated with a gang and released from prison two weeks ago.), who with little help gained access to weapons to carry out his acts.

Vi er danskere (We are Danes) 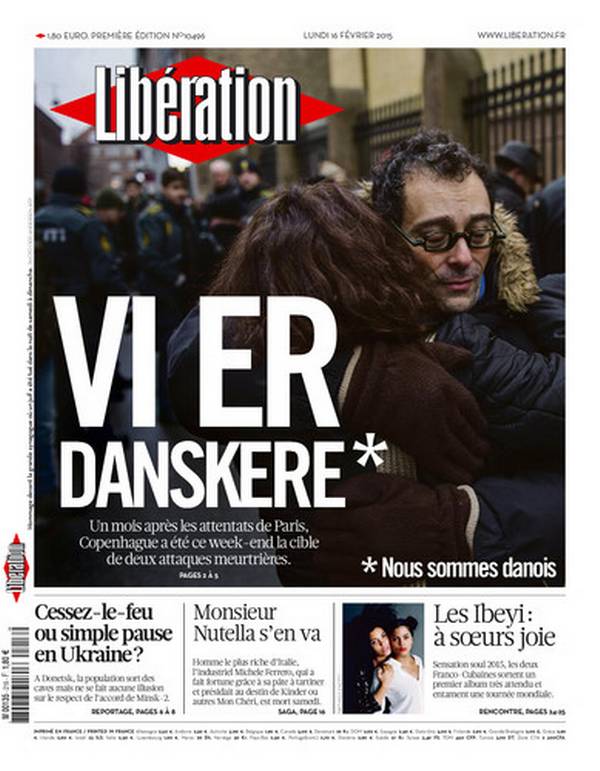 It is incredibly heartwarming that international media have taken up the event and show their condolences; like after the events at Charlie Hebdo.

The danish police have sent out multiple official statements throughout the past two days, in various languages.