Windows 10 brings quite a few developer/geek/... friendly features to the table; a feature which haven't gotten as much attention as it deserves, is the Windows Subsystem for Linux

It allows users to run user-mode Linux applications under Windows and with a few tweaks, it is no longer limited to console applications - but to get there, we need to know some things about Linux.

The X Window system was created at MIT in the 80's and such have been around for more than 3 decades.

The X Window System provides a basic framework for graphical user interfaces and assists developers to capture input, move around application windows on screen and more - but importantly X does not control styling.

The X protocol defines how a client/server architecture is used in X which allows an administrator to hook up a *nix system with a remote system for rendering applications; although usually on Desktop machines content is rendered "localhost", this is the architecture we can now use to render the content in the Windows explorer context.

Navigate to "Control Panel\All Control Panel Items\Programs and Features", click the "Turn Windows Features on or off". In the dialog, find "Windows Subsystem for Linux". 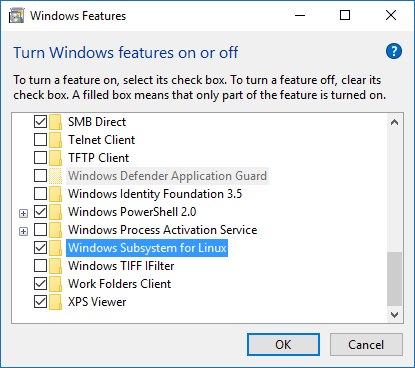 Installing a Linux distribution within Windows

Once the Windows Subsystem for Linux is installed, it is time to select a variant of Linux; also known as a distribution.

With the Windows Creators Update, this system was expanded to not only support Ubuntu, but to now feature multiple different flavors. At time of this post, Ubuntu, OpenSuse and Suse Linux Enterprise Server is available.

Open the Windows Store, search for Ubuntu and hit "Get" or click the following link Ubuntu on the Windows store 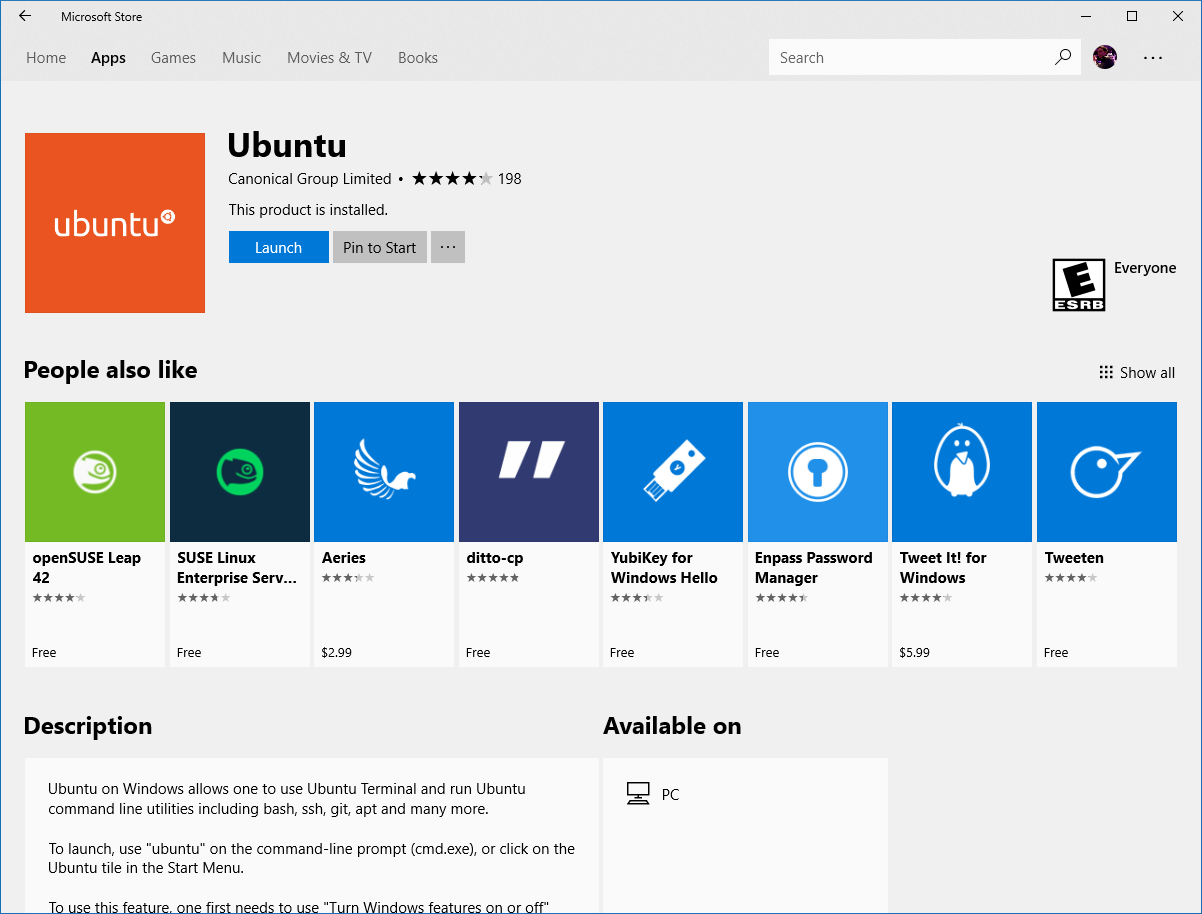 First time Ubuntu is launched, it needs additional configuration for the subsystem, to configure your username, password and initialize the folder structure.

After succesfully installing Ubuntu and configuring the user account, you should run apt-get upgrade to upgrade all packages which have been updated since the distribution was put on the Windows store.

As mentioned above, the X architecture allows us to display applications on a remote system. To utilize this, we need a Windows implementation of the X server; multiple exists but I have chosen to go with Xming X Server for Windows

Wiring it up with Linux

Installing an application with a graphical user interface

Since you are running Bash locally, your setup will most likely always want to set Display to hit the local x-server. To set the environment variable upon login, modify ~/home/.bashrc with your favorite text editor. If you don't have any, I would recommend nano, as unlike vi, people tend to figure out to exit the application once edits are done.

Add the following content to the bottom of the file

restart your bash instance and try to execute any graphical application; such as xeyes.

Running Linux as part of your Windows installation, has it's bennefits - including the ability to reset the root password if you forget it.